jailynn was been a bit weaker and less confident with walking, using a spoon and some other things. She has mostly wanted to walk holding our hand. This morning i sat her on the couch and i went to get something out of a bottom kitchen cabinet. jason opened the refrigerator behind me and i swore i heard jailynn near me saying "nah nah" i jumped up to look and didnt see her, but when i looked around the corner she was toddling around the living room! she had scooted off the couch, its the perfect height for her to stand up from, and was walking around unassisted! This would be totally uneentful and "normal" prior to surgery but this is the 1st time she has taken off by herself since surgery! Her special instruction and PT from early intervention were suppossed to come today and she was supposed to go to Kennedy Kreiger for PT at 4 pm but since it snowed like crazy that all had to be rescheduled. I am scared and relieved at the same time that she may not qualify to have her Pt through early intervention increased. I want it increased and so did Kennedy, but she is doing so well they may not give it to her. I hope so becasue she still is wobbly, cannot do stairs unassisted or pull to stand and those are 3 goals i would love to meet if she can before she gets transitioned out of early intervention. i have a ton of pics on myspace but here are a few. in the picu resting after her 2nd seizure playing and paiting in the therapy playroom at kennedy kreiger 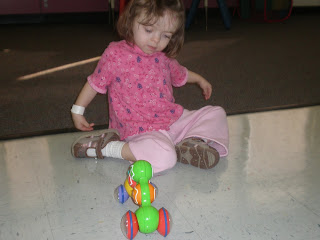 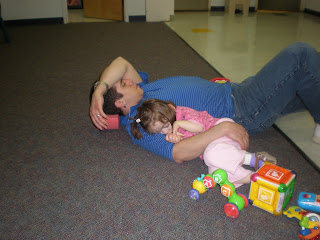 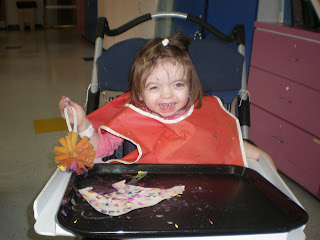 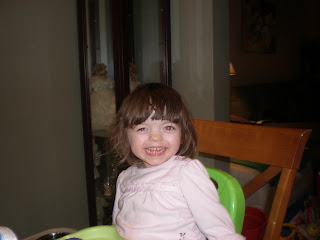 walking on her 2nd day at kennedy kreiger
Posted by Holly at 12:09 PM